Who the Robertson Family Is
The Robertson Family is the epitome of the rags to riches story. What makes their story so unique is that Phil Robertson spent 25 years of his life in a beaten down old shed creating duck calls from cedar trees in the swamps of Louisiana. After a significant amount of success, his son Willie is now the CEO of the company that is called Duck Commander. However, it wasn’t always this simple.
Robertson Family of Duck Dynasty Soul Mates Of The Year 2012
Every year, I name a ‘Soul Mates of the Year’ for an award. It seems very apropos that the spiritual adviser would offer such an award since his spiritual counseling and spiritual astrology readings are designed to help the world guide their souls to harness more power of the light through charity. 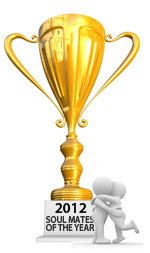 When close relationships are improved, it is possible to manipulate the universe and gain more spiritual energy.
The first award ever given was in 2010 to Gene Simmons and Shannon Tweed. The second award was in 2011 to Cody Lundin and Dave Canterbury. While technically not a “couple” they are on the Discovery show together and they are partners in crime. For 2012, the Robertson Family has been chosen. For those not familiar with the Robertson family, they are the subject of the hit A&E show, ‘Duck Dynasty.’
Robertson was a college quarterback. He eventually gave up a coaching career to follow his passion – duck hunting. It wasn’t long until he discovered that he was able to whittle a duck call better than any other duck callers on the market.
When he tried to sell duck calls to Wal-Mart and other places, they told him to go away. His first year resulted in only $8,000. His wife Kay was able to feed four boys on that money – and stayed positive about the whole thing. Many other wives would have given up and gone running in the other direction. Kay was different. She had confidence in her husband and continued to give him the strength he needed to persevere in the market.
How They Represent Family Values
The Robertson family is all about family. Phil and Kay are the patriarch of the family, showing that with their unity, they can accomplish anything. Kay has mentioned on many occasions that she has been poor with Phil and rich with Phil. While she enjoys being richer better, she has stuck with him throughout, which is a solidarity that’s hard to find in today’s modern world.
There are four sons, three of which are involved with the family business in one way or another. There’s Will, Jase, Alan and Jep. While Alan isn’t part of the show, Willie is the CEO of the business. They realized that he was a natural at a very early age. At about 10 or 11, he set up a concession stand at school to sell candy and other things. He shut down the snack bar because his sales were stronger.
The fact that the family would put their son in charge with no formal training says a lot. While some would say that it was crazy, others would say it’s genius. Willie has since gone on to get a business degree and has taken the family business to a multimillion dollar business – one that has landed them a reality TV series.
Every episode of the show talks about the family relationships in one way or another. It’s hard not to when most of the people are either a son of Phil and Kay or married to a son. This helps to develop the show into something more than just duck calls and hunting – which is where the real allure of the show lies.
Quotes and Focus of the Show
Quotes can be funny things. They don’t always talk about the family and they don’t always talk about ducks. However, there are many comments that show just how close family is within their thoughts. Some examples include:
The focus of the show is about how the family interacts and has built their brand to sell millions. Throughout the show, the family talks about a variety of things, mainly hunting. However, it is evident that they love each other and that they are willing to stick with each other through thick and thin. The wives support their husbands and the wives have even formed a common bond to create a woman’s line to the Duck Commander.
Would the brand have gained the success and would a reality show have been created if they didn’t have old-school traditional values? Probably not. The fact that they still hold true to those values is what makes them so unique. There’s not another show out there that’s like Duck Dynasty and that’s why they’ve received the award “Soul Mates of the Year” for 2012.

Soul Mates of the Year
This year, my Soul Mates of the year Award goes to the Robertson family of the TV show Duck Dynasty for their excellent example and execution of family values. We can all learn from their relationships.
"If you can find a nice pretty country girl that can cook and carries her bible,
now there's a woman." -Phil 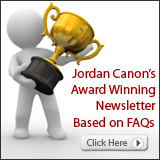