A little while ago, we saw the ending to a great spiritual TV show called "Lost."  If you haven't seen the show, it was about the adventures and mysteries of the survivors of a plane crash on a tiny remote island.  The island became their universe, and each week we would tune in to see how the survivors survived old problems and handled new ones.
The island created constantly changing environments that expertly balanced the fine line of believable and the absurd. In the last episode of the show, we would come to find out that none of the survivors actually survived the plane crash that started the show. They had all died. Unknown to them, their souls had created an environment in which each character could accomplish one goal:  To find their soul mate, and begin the next phase of the evolution of their soul starting in ultimate happiness.
To me, the show doesn't seem so different than this life, and the goals and challenges, we are all born with.  We may define it differently, but we all want to have ultimate happiness.  Some will say that answer lies within a soul mate; others will say it exists within a successful career. Whatever you believe today, I promise you just learning the definition of "ultimate happiness" is as important, and unknown to you today, as the path you choose to get there.
If I had to guess, about 60% of all the requests for spiritual guidance, advice, and counseling start with words similar in meaning to: 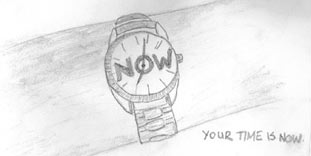 As I said at the beginning, most people come here because they are lost. I contend that being lost is good and exactly where you are supposed to be. However, it should not be a feeling that stays with you. It is nothing more than a step on a large stairwell to your destiny.
Here is one of my spiritual tarot cards on the subject. Time is a human concept.  It is the X-factor of the evolution of our souls, and you will learn to understand its power as you accumulate less of it.
Love and light,
Jordan Canon
I always wonder how someone could feel lost if they stumbled upon Free-Spiritual-Guidance.com, or they are writing to me. Feeling lost is not the same as being lost. Maybe you are exactly where you are supposed to be.
If you are a survivor of a plane crash on a tiny island in the middle of nowhere, you will immediately realize there are things you are going to have to do to survive. If you want to eat, you will have to find a way to catch and hunt food. If you want protection from the weather, you will have to find a way to build a shelter.  The important observation is that you have to do something, by investing energy, to create the future you want to have.
In this existence, this one of the most overlooked executions to achieving anything and becoming less "lost."   As advanced as we are as a people, it's the question "What do I do?" that seems to paralyze our efforts of evolution.  The Universe doesn't care what you do, just that you do something. It needs you to invest energy to create your future. I know it doesn't sound right. You may think it is important to do the right thing, whatever that is.
Let's go back to being on an island and you have to find a way to fish to survive. You could feel lost because you don't know how to fish without any tools from the civilized world. Is that enough to stop you?
You can try to make a spear, you can try to trap fish in ponds when the tides go out, and you can see if there are any shellfish within reach. While you may not be successful on your first try, investing energy creates new paths of opportunity. The universe sees what you are trying to do and converts your investment of energy into choices. Failure brings experience and education. As you evolve your fishing skills, you will eventually create a future in which you can sustain yourself by fishing.  What does not investing energy create?
Let's say the only thing a temptation wants to accomplish is keeping you from evolving.  Not investing energy is a temptation known as sloth. It means to do nothing. "You'll never catch a fish, so don't even try."  As easy as it is to see in this example, the same energy of doing nothing so powerful in today's world. It may not be the most powerful temptation, but it may be the most frequently used temptation.
I wish to underscore my point that you don't have to know what to do, to achieve it.  The path of doing is the path that harnesses the power of the universe. You and the universe will achieve your goal if keep investing energy.  You can catch fish, even if you don't know how to today. But don't just take my word or it, as Buddha would say, look for the clues the universe leaves you in your version of the environment you created. Here is an example of that spiritual wisdom from a music band called Van Halen:
Don't wanna wait 'till tomorrow. Why put it off another day?
One by one, little problems. Build up, and stand in our way. Oh
One step ahead, one step behind it. Now ya gotta run to get even.
Make future plans I'll dream about yesterday, hey!
Come on turn, turn this thing around
(Right now) Hey!  It's your tomorrow.
(Right now) Come on, it's everything.
(Right now) Catch your magic moment.
Do it right here and now, It means everything.
You're Supposed to be "Lost,"...a little.
If you are not going through life with occasional feelings of being "lost," you are not properly pursuing your destiny. Never stop moving forward, even when you're not sure where you are going. Read on to learn why.
"If I don't play ping pong every 108 minutes the whole island's gonna explode."
-Sawyer
I'm So Lost, What Do I Do? Part II
This continues to be a question I get repeatedly.  So much so, I feel like I'm in the movie Groundhog Day, with Bill Murray. Maybe I'm experiencing Groundhog Day because the universe wants me to add to it, so I will.
First, let me say there is a ton of content on the website to help you find the path you want and create the future you wish to experience. 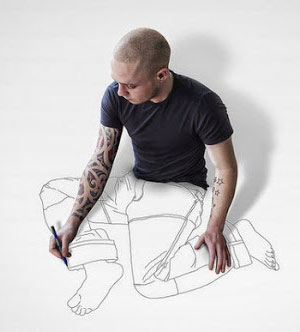 Your soul is constantly in a mode to re-create itself and evolve to a higher level. However, like a car needs gas to run, your soul does require energy from you to get to your destination. It can be a lot energy depending on where you want to go. I will provide links to the relevant pages to get you started, but it is your own discovery that will yield the best return on investment of energy.
The soul that feels lost and unmotivated to create and invest energy in achieving their goals is one that has chosen to harness the energy of a temptation.
Temptation's only goal is to keep you from harnessing the power of the light. If you choose to be stuck in neutral (and it is your choice) without spiritual direction, working to create a better version of yourself, and evolving through your relationships, the feeling of "lost" you could be experiencing is your own soul's displeasure in being stagnant.
Again, this is a choice you make. I can't help you (actually no one can help you) if you choose not to evolve. In essence, you have created your own hell, and it's a black hole that tries to pull in others around you. This is how the energy of temptation works. And which particular temptation am I referring to? Sloth, which means do nothing. According to the wisdom of the Seven Virtues, the exact opposite energy of sloth is diligence.
I have a temptation bodyguard whom I refer to often. Everyone is subject to the energy of temptation, and the higher you evolve, the stronger this energy becomes. This is because the energy in the universe must be balanced. Some call it Yin-Yang. With more power comes more responsibility, and the universe won't give you more power until you master how to use the energy you just received.
Chances are, if you feel lost and without direction, you have probably recently evolved to a higher level. It could be recent or it could have been a while, that would depend on how long you have decided to live in this environment. In steps of evolution, it was your last step. The universe doesn't consider time, it is a human concept. You probably are where you are today because you have not yet fully learned how to harness the new energy and power that came with your last evolutionary boost.
No worries. The first thing you have to do is take judgement out of the equation. I could call judgment the 11th temptation because it can paralyze your soul. When you constantly judge and beat yourself up, you create an environment of doubt, depression, no motivation, and low self-esteem.  Does this sound like you are harnessing the power of the light? Or, have you allowed temptation to take you off your path?
How to Change Your Path
First, I recommend an attitude adjustment where you are going to look temptation in the face and tell it you are taking over. Temptation runs from the light. And at light speed! Tell it you do want to evolve. Tell it you will evolve, and say it by harnessing the energy of the light. See this example.
Second, pick one thing you want to change. You may have many, but pick one so you can review, or re-learn the process of creating the future you want to create. I suggest you pick something easy like go to the gym every day. There is a whole spiritual connection between regular exercise and evolution, but that is a newsletter for another time. If you need a task with minimal effort just to get you back on the path, try this exercise. All you have to do is drink water.
Third, read and discover what is already available to you on the website. Sure you can write to me and tell me how lost you are, but I am not going to rewrite what is already on the website and contribute energy to your slothfulness. You have to invest energy to heal and evolve your soul. If you're not willing to do that, then you have made your choice.
Even if you're not lost, the universe guided you here for some reason. Maybe I hit the nail on the head, maybe I didn't, but if the universe guided you here, there is a reason, and there may be a solution right under your nose. Together, we can find it.

You Can't be Lost if You're at Free-Spiritual-Guidance.com