The Seven (7) Deadly Sins
You don’t have to be catholic or even religious, to understand the spiritual wisdom of the seven deadly sins.  The only goal of Temptation is to take you from the power of the light.  If you learn anything from this website, please learn that.
Recognizing when you are being lured into temptation is a major step towards creating a path destiny that evolves your soul and gets you to a higher spiritual level. For each sin, I have included the spiritual opposite to help keep you on the path of the light.  You only evolve through your relationships, and it is these temptations that keep you from attaining higher levels.
Lust
Lust is usually thought of as involving obsessive or excessive thoughts or desires of a sexual and perverse nature. Lust can never be fulfilled and leads to sexual obsessions including sexual addiction, rape, and adultery.  Lust is the excessive desire for sexual release. The spiritual opposite of lust is Chastity defined as sexual behavior of a man or woman acceptable to the ethical guidelines you create in your relationships.
Gluttony
Gluttony is over-indulgence of anything to the point of waste.  In today’s world, it is often associated with food, but over-consumption of anything too much, too soon, too expensive, or too eagerly, are all examples of gluttony. The spiritual opposite of gluttony is abstinence and moderation.  Abstinence, borderline on greed, from things you don't need in the first place, and moderation, and balance for those things you do need.
Greed
Greed is similar to lust and gluttony in that it is a lure of excess. Greed is selfish desire and implies excessive or obsessive acquisition of money, wealth, or anything of value that results in tangible personal property.  The spiritual opposite of greed is altruism, the sincere and selfless concern for the welfare of others, and charity, or love meaning an unlimited loving-kindness toward all others.  Spiritual charity should not be confused with financial giving.
Sloth
Sloth is an action defined as lazy, failure to make decisions, and indecisiveness. It can also mean apathy which means a lack of interest or concern, especially regarding matters of general importance.  Not realizing your full potential, by lack of investing energy, is an act of sloth.  The spiritual opposite of sloth is action, commitment, and diligence.  Budgeting one's time; putting forth full concentration in one's work and relationships.
Wrath also known as Anger
Wrath is uncontrolled and intense feelings of hatred and anger. Anger lures you into a mental state where it is impossible for you to see the truth, or accept any theory of reason.  Anger is the most destructive sin because it often leads to obsessive acts of revenge and personal vigilantism without fair justice.   The spiritual opposite of Wrath is understanding, forgiveness, kindness,  acceptance of situation or person, and patience.
Envy
Envy is the excessive desire for something intangible that someone else has.  Beauty, charm, personality, and a sense of humor are examples.  Feelings of jealously is a clear warning sign that you are being tempted. The spiritual opposite of envy is gratitude, appreciation, kindness, or thankfulness for what you have instead of investing energy in what you don’t have, and a sincere joy for the happiness of others.
Pride also known as Vanity, and Ego
Pride is excessive and unrealistic self value, also known as ego. It is defined as perverted “self-love” which leads towards hateful attitudes towards others considered “lower” than you.  Pride is what caused Lucifer himself to fall from heaven and become Satan, as he believed he was better than man and God.  The spiritual opposite of pride is humility, or being humble, unpretentious and modesty.

Demons Associated with the Seven Sins
A demon is a supernatural being that is generally described as a spirit.  Demons are generally accepted to be fallen angels, formerly of God.  In 1589, Peter Binsfeld paired each of the deadly sins with a demon, who tempted people by means of the associated sin. According to Binsfeld's classification of demons, the pairings are as follows:
There are also other demons who invoke sin, for instance Lilith and her offspring, the incubi and succubi, invoke lust. The succubi sleep with men in order to impregnate themselves, so that they can spawn demons. The incubi sleep with women to lead them astray and to impregnate them with demon spawn, but that is not something you have to worry about today.  For today, just get to know and understand the meanings of the sins so you can recognize when you are using this energy instead of the power of the light.
In the 6th century, Pope Gregory modified the original Temptations of man.  He combined Avarice and Sorrow into Sloth, and renamed the 8 Temptations of Man to the 7 Deadly Sins.  By making them sins, breaking them became a one way ticket to Hell, which is how they become deadly. 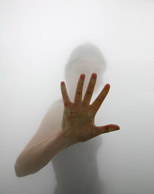 "Anything excessive or obsessive is a deadly sin of some form, including spirituality.
-Jordan Canon
The Seven Deadly Sins
Temptation uses the energy of the 7 deadly sins to lure you away from the power of the light. Learn the meaning and application of each sin and apply the spiritual opposite of each sin to help keep you on a path of destiny that evolves your soul.

The Spiritual Energy of the Seven Deadly Sins

Free Spiritual Guidance
by Jordan Canon, Spiritual Advisor
Pope Gregory's version of the original temptations were also aligned to the seven holy virtues, which are chastity, temperance, charity, diligence, patience, kindness, and humility. If you live your life following these holy virtues, you get to go heaven. We study spiritual wisdom, but this is how the church taught them, and how they have come to be known as the Seven Deadly Sins to this day.