A Balance of Nature and Energy
The concept of Karma is something that has been around for a very long time. It originated from ancient India and is an integral part of the Hindu religion and philosophy. Karma is based upon the idea of cause and effect. Karma can be roughly translated to mean act or deed. All of one’s actions are collected ad used to determine that person’s fate for the next life.
Some religions believe that if a person undertakes a lot of deliberate actions that will cause harm to others around them, that Karma will take effect for them in their next life. Since there is a strong belief in reincarnation amongst these religions, Karma is a big factor that needs to be considered for every action.
Many believe that a person who commits a lot of deliberate and bad actions in this life will face reincarnation as something other than a human in the next life, such as a cockroach. Karma is a balance of nature. For every action that is produced, there is an equal and opposite reaction.
When we do something, we create a cause which will eventually create effects in one way or another. This cycle is what the world is based upon. There are positive and negative actions that can be created by a human, which is what causes karma. In concept, it is similar to Yin Yang.
Only deliberate activities of the body and mind can be considered karma. It doesn’t matter whether the effect is felt immediately or later on. If there is an involuntary action of the body or a basic reflex, then it isn’t considered karma because the body and mind had no control – there was no decision to create the action that was made.
Everyone is responsible for their own thoughts and actions. This means that everyone’s karma is completely their own. Some see karma as it relates to fate. However, this is untrue because individuals have the ability to shape their future by dictating how their present goes due to free will.
The Hindu philosophy holds that a good karma can help the next birth to be more rewarding than the current one. If there is a lot of bad karma from an individual, it can result in devolving into a lower life form.
Following dharma (the laws of nature) or what is right is the only way to harness the power of Karma for each person to obtain a more fruitful life in the now as well as into their next life after death. Even those who don’t believe in reincarnation believe in Karma because of the effects that can be felt after performing either a good or bad deed.
Three Types of Karma
Ultimately, there are three types of karma. All of these actions are stored up in a person’s lifetime and used to determine the basis for their next life.
When you want to lead a good life and ensure that your next life is just as good – or better, there are things that you need to do. You are completely in control of what you do because you have free will – something that all humans have been given. The discipline of performing unattached action can lead to the salvation of your soul.
Learning to be detached from actions will ensure you are doing the actions because of what is right, not because of what you will get out of them. If you perform good actions because of what you may be rewarded by for doing them, then they are selfish acts in the end because you want to get something for yourself from performing each of the actions. 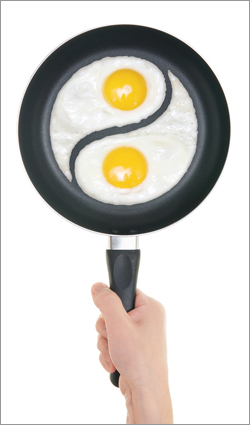 When you begin to think about the actions, you start to attach your senses to them. At that point, longing arises and then from longing arises anger. You can avoid much of this by focusing on the action itself so as not to get angry, become delusional and run the risk of becoming selfish.
Karma cleansing is a concept many people hold onto because it washes away the consequences of past actions. However, there is no way of erasing what has already been done.
If you realize that you have taken selfish and bad actions in the past, the only way for you to move forward is to rededicate your life to good deeds. You can’t eradicate what’s already been done but you can hope that the good outweighs the bad.
What you do is of your own free will. Your good debts also cannot be used to pay off the bad debt of someone else. Everyone is responsible for their own karma. What you can do is help to lead people down the path of the righteous, but you will eventually be responsible for your karma and those around you will be responsible for theirs.
There’s no such thing as being free from karma. The mind is always making decisions. Each moment that passes, new karmas are being created.
You need to transform your tendencies in order to harness the power of karma, otherwise you will be making the same poor actions again and again. When you perform spiritual devotion, otherwise known as karmic yoga, you can begin to improve your karma and thus your chances for a more fruitful life after this one.
Karma, like Yin-Yang, is an energy that is all around you.
Copyright 2008 Free Spiritual Guidance.com   Art Licensed by Shutterstock
This Page Was Last Updated On: 10/8/2021
1